Important Notice from the Commonwealth of Massachusetts Division of Banks

THE COMMONWEALTH OF MASSACHUSETTS
Division of Banks

ST. JEAN’S CREDIT UNION (ST. JEAN’S), Lynn, Massachusetts has petitioned the Commissioner of Banks for permission to merge with GREATER SALEM EMPLOYEES FEDERAL CREDIT UNION (GREATER SALEM), Salem, Massachusetts. Under the terms of the Merger Agreement, GREATER SALEM will merge with and into ST. JEAN’S under the charter, bylaws, and name of ST. JEAN’S. The main office of ST. JEAN’S would remain the main office of the continuing credit union and the sole banking office of GREATER SALEM would not be retained as a branch office. Any objections or comments relative to this proposal must be communicated in writing to the Commissioner of Banks, 1000 Washington Street, 10th Floor, Boston, Massachusetts 02118 or via electronic mail to dob.comments@mass.gov no later than February 1, 2023. A public hearing may be held if the response is considered significant or circumstances warrant such a hearing, as determined by the Commissioner. The petitioner’s application and all communications relative to this application are available from the Division by request at dob.rao@mass.gov. 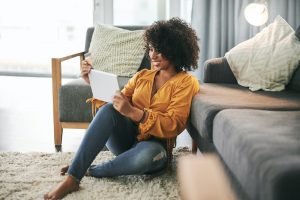 You will be linking to another website not owned or operated by St. Jean's Credit Union. We do not control these sites and do not guarantee the accuracy, completeness, efficiency or timeliness of the information contained therein. We encourage you to review their privacy and security policies which may differ from St. Jean's Credit Union.

You will be redirected to